While there's something to be said for learning a foreign language just for the mind-expanding experience of it, it's much more fun if you can plan a trip to somewhere where you can use that language. Immersing yourself in the language is also a good way to cement the lessons that you've already learned. But international travel is expensive – you may not see a point in taking French lessons if you know you're not likely to travel to Europe. Luckily, there are places in North America where you can visit French-speaking communities and make use of your French lessons.

Even within the United States, there are places where French is commonly spoken. The best-known enclaves of French-speaking Americans can be found in the state of Louisiana. And while New Orleans' French Quarter may come to mind first (and that's a great place to visit as well) you may want to go off the beaten path a bit to check out Cajun Country instead.

Cajun Country, also known as the Acadiana region, takes up a large part of the southern section of Louisiana and includes parishes like Lafayette, Acadia, St. Charles, St. James, and more. If you visit the town of Arnaudville, for example, you'll find French everywhere – on the street signs and business signs, on the radio, and in television ads. You may even meet residents for whom French is their first or only language.

Keep in mind that the Cajun dialect is somewhat distinct from Parisian French – you may need to brush up on this specific dialect to help make yourself understood more easily.

Technically, all of Canada has two official languages, English and French. But if you want to visit the province with the most French influence, Quebec is probably where you want to go. Although the country as a whole is bilingual, and federal services offered in Quebec are in both English and French, Quebec maintains that French alone is the official language of the province, and you can tell by checking out the local street signs and small business signs, most of which are in French alone.

Quebec has plenty of exciting attractions for tourists to visit, including theme parks, museums, and casinos. You can also plan a trip designed to overlap one of the local festivals – Quebec is known for its frequent local celebrations, carnivals, and other events.

As with Cajun French, the Canadian French dialect can be somewhat different from Parisian French – for example, it tends to be less formal. Study some of the local slang and language idiosyncrasies in preparation for your visit.

Thanks to the islands of Saint Pierre and Miquelon, it's actually possible to visit France without leaving North America. These two small islands are located off the coast of Canada, but they're not Canadian – these islands are a French territory. You can reach them by taking a short flight from Canada or by ferry from Fortune, Newfoundland.

Among the tourist attractions on these islands, you'll find a museum explaining the history of the area, where you'll learn the full story of how this French territory in North America came to be. There are also tours, beautiful scenery, historic sites, and of course, authentic French food. Miquelon holds a Seafood Festival each August that's well worth visiting for.

On Saint Pierre and Miquelon, you'll find that the French spoken is very similar to the Parisian French that's usually taught in US French classes. The islands are a popular spot for French language learners who want to immerse themselves in French language and culture.

Even if you don't plan on visiting Europe, French-speaking locations are within your reach. Enjoy your French lessons and make plans to travel to one of the Francophone areas in North America for the chance to put them to good use. 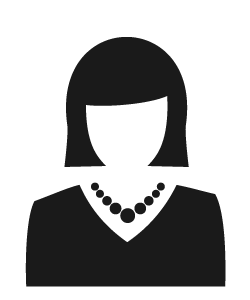 After I started thinking more seriously about what I wanted to do the rest of my life, I realized that I didn't currently have the kind of education I needed to make it in professional world. I started thinking about different ways to improve my education, and it became clear to me that I needed to head back to college. It was a difficult challenge for me, but before I knew it, I was taking classes, getting great grades and focusing on creating a more successful, educationally focused home. The purpose of this website is to help other people to take control of their education.

Why Is Public Speaking Training Important for Leaders
20 May 2021
If you fear making a speech in front of an audience, you're not alone. The majority of people in leadership positions are afraid to talk in a public f …

5 Reasons To Take A Driver Training Course
6 July 2019
Learning to drive can be stressful and confusing when you're just getting started. There are a lot of rules to remember and you may feel uneasy about …